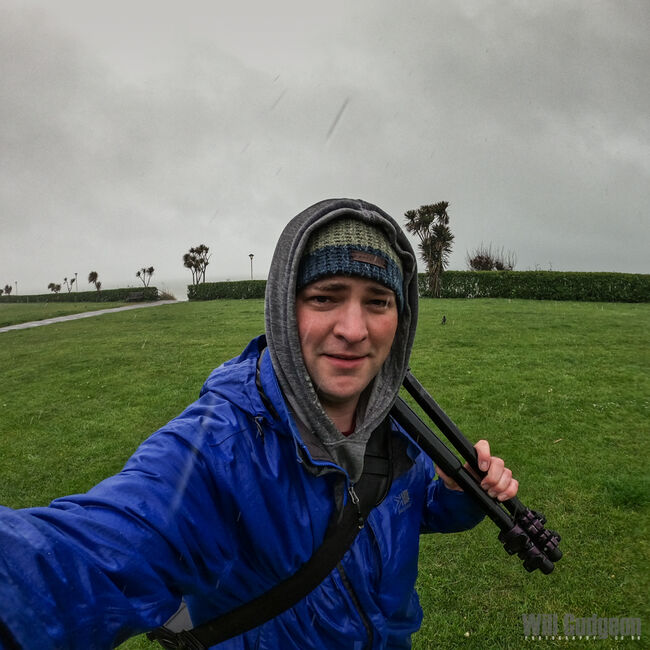 I am Will Gudgeon
I live Sussex on the South Coast of the UK and since around 2010 I have spent most my free time wandering along the coastline, over the South Downs and in local woodlands taking photographs.

Nowadays I have drifted away from digital and lens based cameras and now mostly shoot with film based Large format pinhole cameras.

What is pinhole photography?
A pinhole camera is a camera without a lens but with a tiny aperture/pinhole, it is lightproof box with a pinhole size hole in one side.
Light from a scene passes through the pinhole and projects an inverted image on the opposite side of the box and onto the photographic film to produce a picture.

And why do I shoot it?
I spent many years shooting digital, until on day my computer failed on me, and I had problems with it for months. After all my memory card filled up I decided to resort to a Pinhole camera kit I was brought a few years previous, I headed out one morning took my first pinhole exposure, went home and developed it, it was one of the worst photos I had taken, but I loved every minute of the process.

This led me on to film photography where I ended up purchasing a few extra cameras, but after a while I kept coming back to pinhole photography, this was something I struggled with as it went against everything most photographers were striving for.

So you can see my challenges?
What I discovered about me in this process, was the more I was being limited to stuff, i.e getting into film photography meant fewer shots, which meant the more I ended up working for fewer better shots, the more creative I had to be.

Having a digital camera, with Memory Card space for 1000s of photos
lenses to cover every possible focal length and adjustable apertures from f/2.8-f22
ISO range from 100-6400 is nice, but I never really felt I had to work to hard for a shot.
Having a camera with a single focal length, I normally limit myself to 6 shots
(as thats all I can develop in one go)
an aperture fixed to around f/180, one set ISO depending on the film
pinhole has a unique look, and being limited I feel I have to be more creative and work harder to make a shot work.
The constraints of pinhole photography enhance my creativity, the creative challenges of making a pinhole photo work, is what I love about the process.